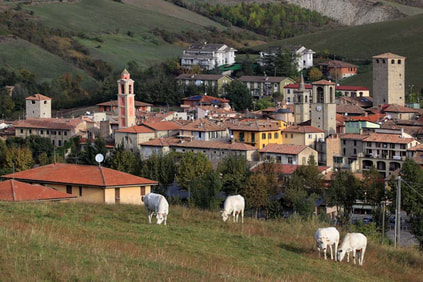 Varzi is a town found in the Province of Pavia, at m 416 sl on the right bank of the Staffora stream which has been habited from the Neolithic era (1800 B.C), whereas nearby on Monte Vallassa there has been found remains from the stone, bronze and iron Ages. Needless to say that the history of this town is vast with a battle on the journey of Hannibal and the invasions of the Visigoti,  the Ostrogoti, the Unni  and at last the Longobardi. The family of Malaspina from 1164 controlled the salt route and so much more.
Famous for its Salame di Varzi DOP, going back to the time of the Longobardi. The ‘Casarecci’ biscuits and ‘Torte di Mandorle’ .
MONTE BAGNOLO 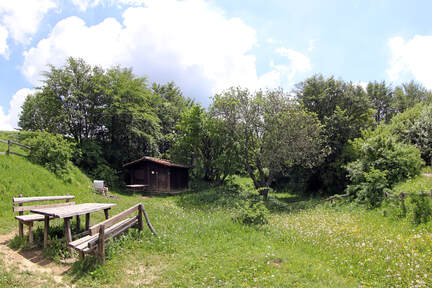 On this mountain 90 years ago the priest of Negruzzo lost his life when he froze to death while he was trying to reach his parish church, in remembrance there is a plaque on the small temple of St. Anna.
Nearby there are the ruins of the Hotel ‘Ristoro Belvedere’ destroyed in 1943 by a  Nazi-Fascist troops as POW’s were being lodged there.
MONTE ANTOLA 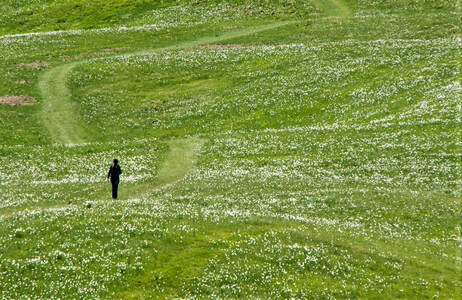 On this mount there is a crossroad of so many trails frequently used by hikers in all seasons, which gives a full view of the Alps and the Ligurian sea. On a clear day you are able to see Corsica. The vast variety of flowers that are found here, gave the mountain its name “Anthos” Greek for flowers. In 2007 a new refuge was opened by the Parco Regionale dell’Antola, which has replaced the old ones which were in ruins.
​
TORRIGLIA 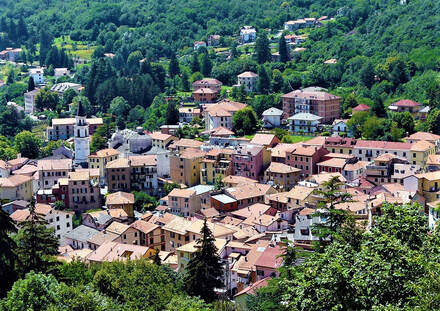 At m 769 sl, Torriglia is found in the Province of Genoa, and it is the watershed of the Trebbia River and the Scrivia Stream and the Brugneto artificial Lake. Above the village there are the remains of the medieval castle, that changed its ownersduring the centuries: The Malaspina to The Fieschi and then The Doria. In the Second World War it was used as a refuge and view point by the partisans. The village is famous for its potatoes and pastries.
PORTOFINO 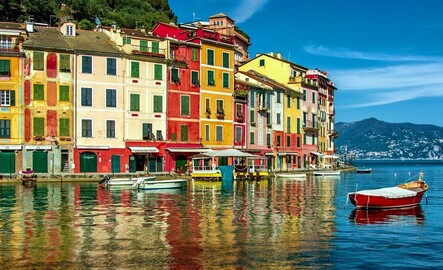 Portofino or ‘Portus Delphini’ as it was known in Roman times. Having changed many hands over the centuries , it  is now known all over the world as “the Perla del mondo”; a place to visit, very elite but a lovely stay to have lunch or an ice cream.​
TRAIL VARIANT FROM MONTE ANTOLA TO GENOVA RIGHI
THE CASELLA - GENOVA TRAIN

This railway line was planned in 1907, started in 1921 and opened in 1929, it starts from Genoa city centre.  The 25km trip is along the ridge of Valle Scrivia and Val Polcevera, it goes up to m 458 sl, max speed 30km/h and in some parts has a slope of 45/1000. A lovely way to get into the countryside to start your walks.   You will find some lovely villas which were for the Genoa middle class to go and stay for their summer holidays. The start of the “Villeggiatura”. You go up steep slopes, through valleys and woods just like a normal mountain train trip but the first 6km you do it with a sea view. In the ’60-70’s it was completely restored; engines, tracks and the carriages.
This transport is the most original and picturesque way to reach S. Olcese, Casella and other inland Genoa villages and hamlets. From the station of Campi you find the trails to the Parco delle Mura e dei Forti that take you to Forte Diamante where you can go to Righi.
THE FUNICULAR OF RIGHI 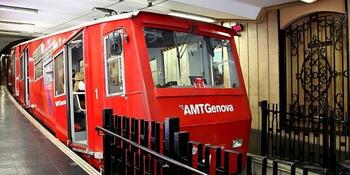 This funicular was built between 1895-1897 to connect Genoa city centre to her inland hilltops. There are a lot of paths to ramble that lead you to the ancient forts.
BACK
Share