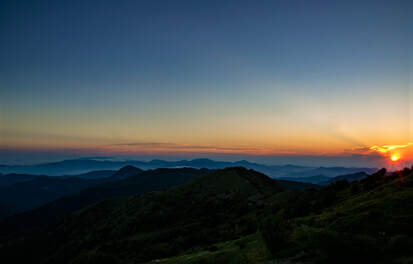 A pleasant village in lower Val Trebbia on the left side of the river made famous in the second Punica war of 218 B.C. The millenary Church of S. Antonino is in the village. It seems that the saint patron of Piacenza, Antonino, was martyrized here in 303 A.C.  The Castle Anguissola housed the family that governed the village for nearly five centuries. In 1997 part of the castle was adapted to house the ‘Museo Civico Archeologico’ which shows the history of all the zone from paleolithic to the early middle ages.
PIETRA PARCELLARA AND PIETRA PERDUCA 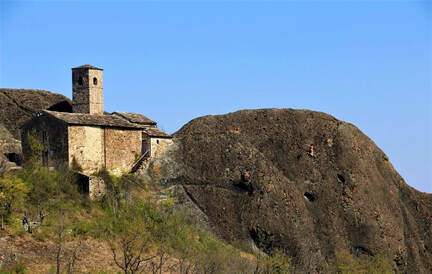 Pietra Parcellara is a mountain of Valle Trebbia, in the province of Piacenza, about m 836 sl  and formed of volcanic rock (ofiolitica di serpentine black), because of its grandeur has been called “Il Cervino (Stag) di Piacenza”. It dominates the area and from the summit you have a view of Val Trebbia, Valli di Bobbiano and Luretta, Monte Penice and the adjacent zone.
Nearby there is Pietra Perduca m 660 sl, where wonder and mystic blend from prehistoric and the bronze age. You find the oratory of Sant’Anna built in the fifteenth-century on the remains of one from the XII century.
PIETRA CORVA ALPINE GARDEN 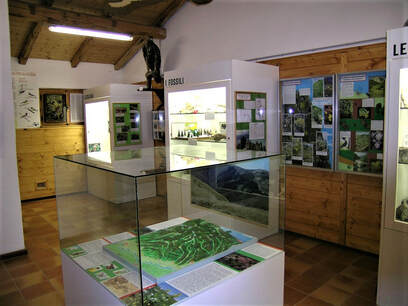 The Pietra Corva Apine Garden is found in the rural district of Romagnese (PV) on the slopes of Monte Pietra di Corvo  (m 950 sl) and it is formed by volcanic rock. The garden was realised by Dr. Antonio Ridella, a veterinary by profession and expert in botanic.
To walk  the garden is not only to pass through the Alpes and Apennines, but also through the Pireneis, Carpazi, Caucasus, Himalaya and Ande Mountain chains.
You can spend the day in the garden, equipped with an information centre which illustrates to visitors all the aspects of the zone. There are a lot of trails to be found and  walked, as well as a fenced-in area with animals such a deers and moufflons.
MONTE PENICE 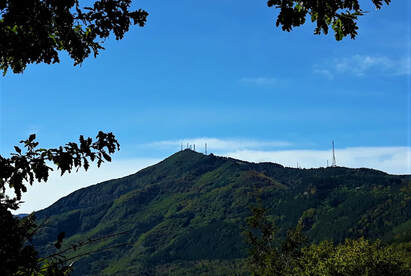 Monte Penice, m 1460 sl, venerated by the Liguri people, who worshiped god Penn (ref: Tito Livio) the only protector of this mountain which his name was given. On a clear day, from the summit you can see Val Trebbia, Bobbio City, the Po Valley, the Alps and part of the Ligurian Appennines.  At the top is also an ancient Shrine of Santa Maria dedicated to the ascending Madonna built in the seventh-century and enlarged over the years.
SCAPARINA 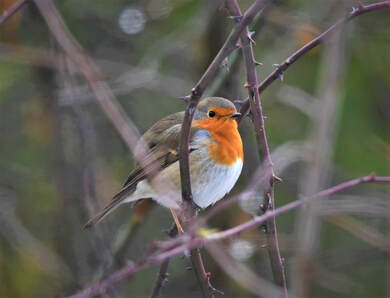 On a soft high ground adjacent to the Passo Scaparina, known in past times as “Il Monte dei frati” as there was a stone construction of the Convent of Vallescura. There is a legend of a young girl called Rina who was being taken to the convent she was able to escape and ran away, never to be heard of again. From that day on, the pass between Valle Staffora and Val Trebbia has been known as Scaparina coming from Scappa (to run) and Rina the girl’s name.
INDIETRO
Share